Things to Do
Kalemegdan Belgrade Fortress 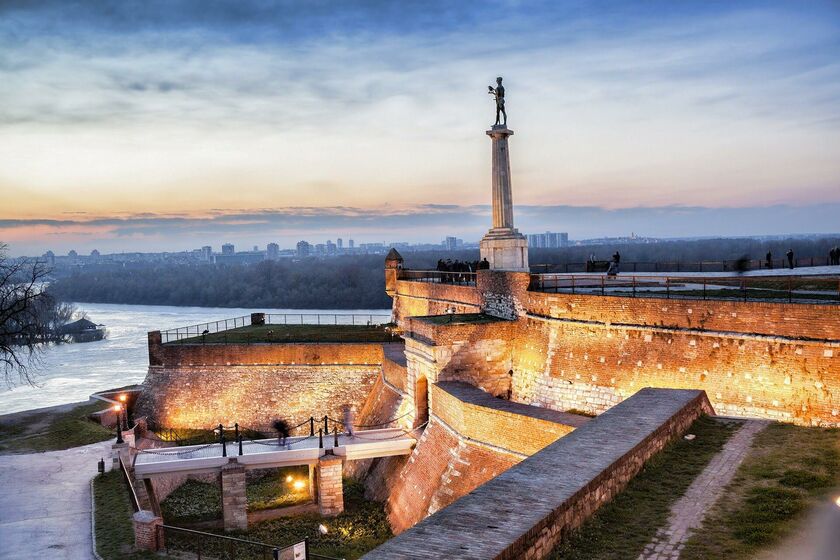 Belgrade sightseeing should start in the place where every story, tale and myth about the city began. The Belgrade Fortress is the largest free attraction of the city with its gates open 24/7 all year around.

While walking across very old remains of the former fortress (some of them even 600 years old!), try to picture in your head, life back in the old days - high towers, soldiers in trenches, and even horsemen bringing news to their ruler about the most recent battle.

Due to its central location, lying on the ridge overlooking the confluence of the Sava and Danube rivers, the fortress was subject of dispute for ages. It was invaded more than 100 times and many lives were lost over the centuries. However, after the Turk's rule, the last invaders left Serbia's fortress and it slowly became the landmark city park that stands today. 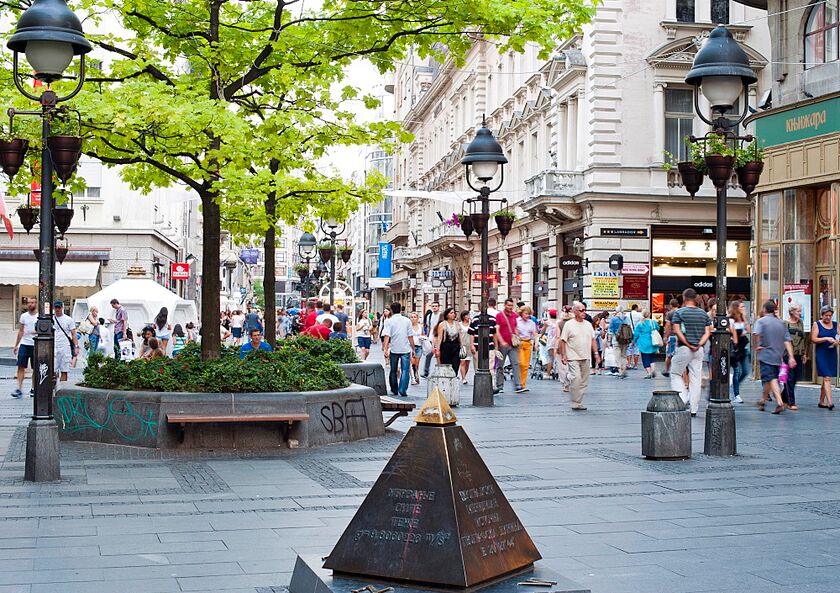 Knez Mihailova Street is the favorite city promenade and lies in between Terazije Square and Kalemegdan. It is the main meeting point, easily reachable from every part of the city. As the epicenter of
the culture and history, Knez Mihailova, was named one of the most beautiful pedestrian streets in Eastern Europe.

As one of the main shopping areas in the city, Knez Mihailova offers good fun while zigzagging through shops of many popular fashion brands in Europe.

Also, you can enjoy a slice of fine secessionist architecture that can be seen in many buildings along the street as well as while relaxing in cafes and restaurants! 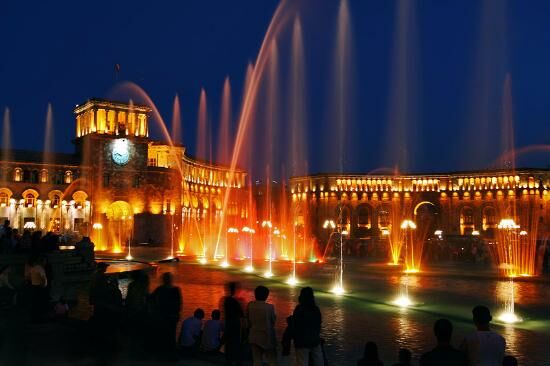 Republic Square is a wonderful meeting place where you can enjoy lazy afternoon while sipping coffee in the mild autumn sun, attend outdoor concerts and various performances or just hang around enjoying your afternoon.

The Square is known for the monument of the Serbian Prince Mihailo and the two most important cultural buildings in Belgrade, the National Theater and the National Museum. 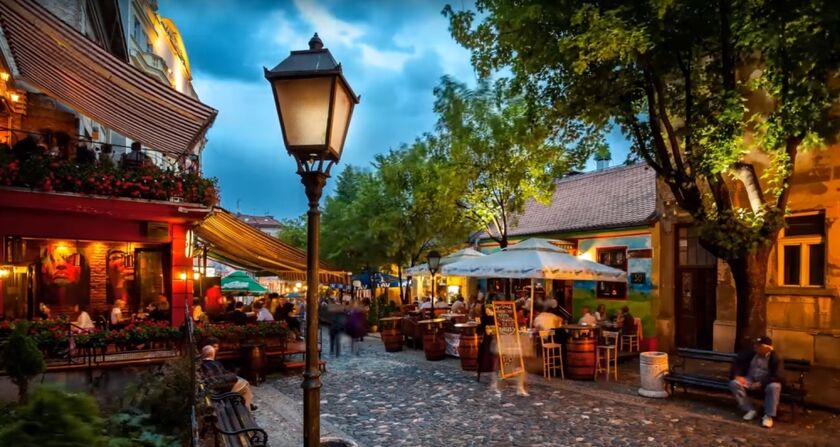 Skadarska Street or Skadarlija, as Belgradians like to call it, was and still is the bohemian hearth of Belgrade. If you want to party in an old-fashion Serbian way, with plenty of rakija, good food surrounded with live music performed by string orchestras, than you have to visit Skadarlija. It represents the spirit of socializing in bistros and vivid nightlife as it used to be in historic Belgrade.

Visit one of old kafanas decorated in Serbian style and mostly with traditional Serbian cuisine or pay a visit to the house of notable Serbian poet Djura Jakšić. Concerts, poetry nights and exhibitions are held frequently here. 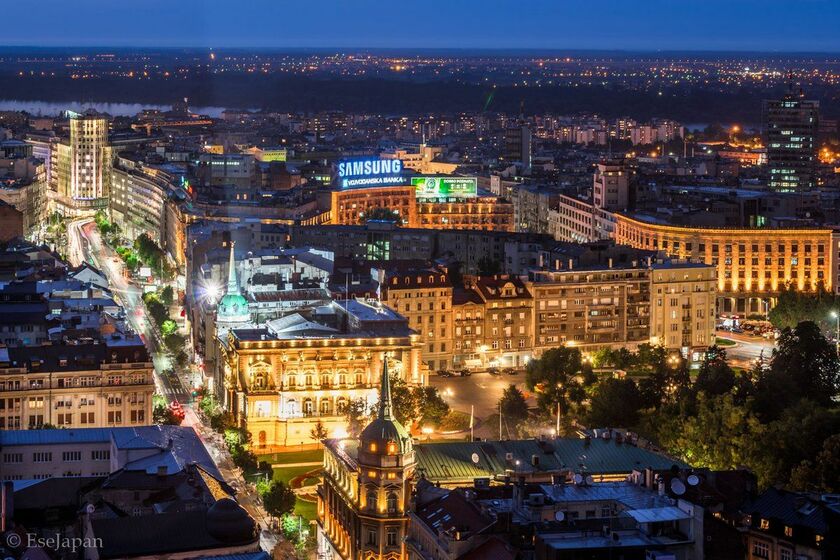 Terazije Square is one of the most important squares in the city. It was named after numerous water towers that stood in place some 200 years ago. Today stands only one fountain that was built in 1860 to celebrate the second rule of Prince Miloš Obrenović.

Besides being a meeting point, Terazije is gathering place for all lovers of stickers. During summer time, people gather to exchange stickers from various collector albums. From the left and right side of the fountain stand the two most important and oldest Belgrade hotels, The Balkan and Moskva.

In the same vicinity of Terazije Fountain stands Albania Palace, built in 1937. This building was the first Belgrade skyscraper and the tallest building in the Balkans before WWII. 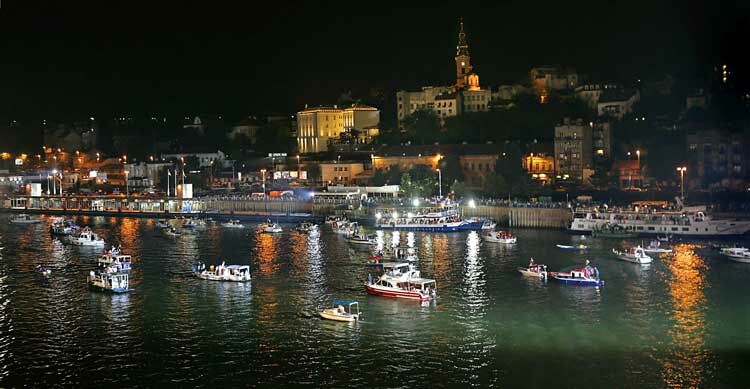 New Belgrade bank of the Danube is very popular because of number of restaurants, cafes and nightclubs usually called splavovi or floats. This is the place where people mostly come during hot summer nights. Floats are open until early morning hours and many people often greet dawn after a night of partying.

At the end of the New Belgrade Promenade, stands the building of the once famous Yugoslavia Hotel that now belongs to the Grand Casino Belgrade. Here you can gamble, have a good night fun or enjoy dinner in one of the restaurants. 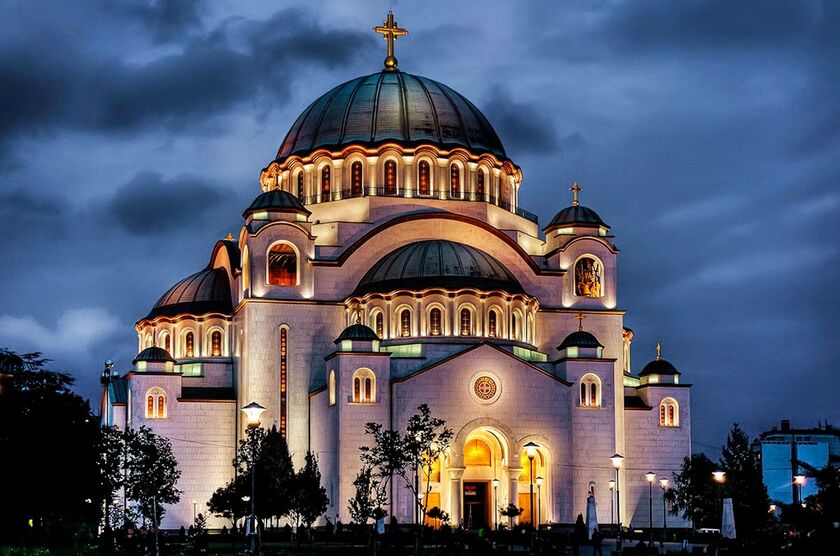 Saint Sava Temple, the largest Orthodox temple in the Balkans was built in the Serb-Byzantine style and including the cross on top of the dome, measuring 82 meters high. The temple is still under construction, although major works ended in 2004. The construction of the church lasted more than planned because of wars, poverty and partly because of communist rule. The church can seat more than 10,000 people at the same time.

The Saint Sava Temple is known for its polyphonic bells, so make sure to get to the Temple at the top of the hour to hear them. It is built on the place where Turks burned remains of Saint Sava. Saint Sava was son of Serbian ruler Stefan Nemanja and founder of Hilandar Monastery on Athos Mountain.

In 1219, he founded the Serbian Orthodox Church by winning independence from Byzantium. He is considered a Serbian educator, and the saint and patron of schools and education establishments. Although church is still under construction, you can visit it during the day and evening 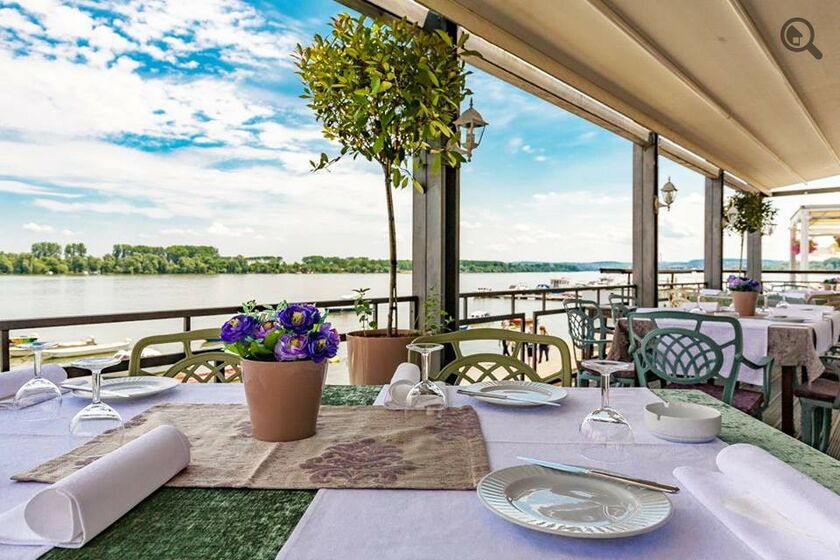 Some of the best restaurants in Belgrade are in the Zemun. You will find many delicious fish restaurants along the water. One of the best is the oldest restaurant named Šaran with its famous fish soup. However if you go to any other restaurant, you won't make a mistake. Lunch or dinner in some of restaurants is simply something you must do while visiting the city! 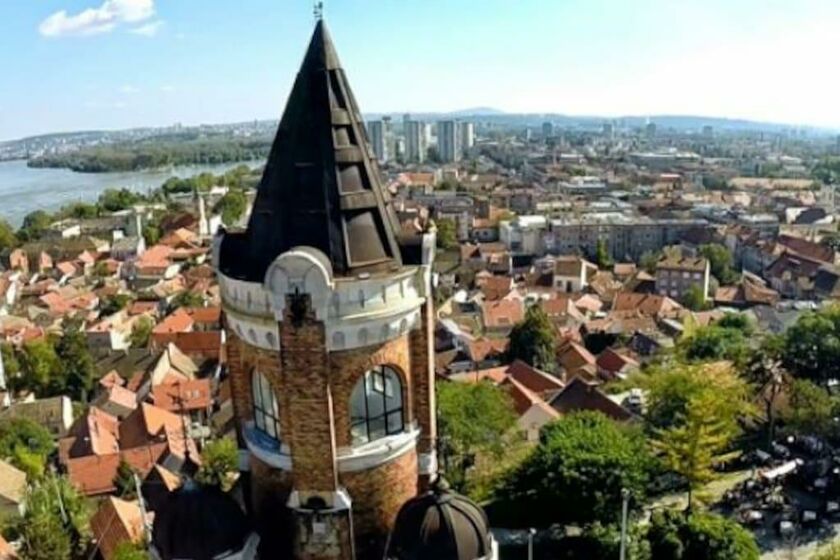 Gardoš is the pride of Zemun. Its here where the history of Zemun begins. While climbing narrow cobblestone streets towards the top of the Gardoš hill, pay attention to old houses with little gardens. These cute, colorfully painted family houses, have stood here for several decades and they can give you insight into life as it used to be in parts of Serbia under Austro-Hungarian rule.

When you climb the top of the hill, you will get to the Millennium Tower or formerly known as Sibinjanin Janko Tower. Tower was built in 1896 on a place of former Zemun Castle to celebrate 1,000 years of Hungarian state. It was named after the Hungarian hero Janos Hunyadi or in Serbian Sibinjanin Janko who is believed to have died on this place.

Today, the ground floor of Millennium Tower serves as an art gallery. On the first floor, you will find an observation deck and a permanent exhibition dedicated to Serbian scientist Milutin Milanković who was the first to explain how climate changes affect the earth.

Thanks, we've received your .

Need a place to stay during the wedding?